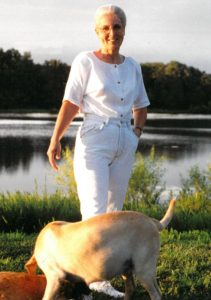 Gail (Helms) Beetch, 85-year-old Arnett, Oklahoma, resident, gained her new residence in heaven on March 13, 2022.  She was born January 25, 1937, to parents Harvey Joe and Virginia Mae (Bristow) Helms at their home in Norman, Oklahoma.  Sister, Nola, and her brother, Joe, shared the home with her.  The family moved to a farm outside Norman in 1944 where Gail enjoyed farm life immensely.  She loved all animals but, a Clydesdale horse named Topsy began her lifelong affection for horses.  Brother Joe tells a great story of a very young Gail frequently laying food on the ground for Topsy so she could use her mane to climb up her neck and ride bareback.  As Gail grew older, she liked to ride Topsy down the road to visit their closest neighbor’s the Martin’s.  At sixteen years old Gail was united in marriage to Robert Martin, the neighbor’s son, in El Paso where he was stationed with the United States Army in 1953.  To that marriage, they brought one child, Terry Lea.  In these years, Gail was baptized at the Church of Christ in Norman, Oklahoma.   In 1957 her beloved husband Robert was killed in an accident. In 1958 Gail married Lynden Sargent and his work in construction took her and Terry to Texas where daughters Cathy Lynn in 1959 and Debra Gail in 1961 completed the family.  Lynden and Gail returned the family closer to their roots near Moore in 1965 and were then divorced in 1967. In 1969 Gail married Haskell Moseley and the family moved to Arnett, Oklahoma where they appreciated a more rural lifestyle.   Gail worked as a medical transcriptionist at Newman Memorial Hospital in Shattuck, Oklahoma, and enjoyed attending the girls’ many activities while they completed their secondary education.  Gail and Haskell divorced in 1977. Gail was united in marriage with the love of her life, Armond Beetch, in 1980.  Gail and Armond enjoyed dancing and music, fishing, gardening, reading, and building a farm, lake, and home together in Quapaw, Oklahoma. The home they built together provided countless wonderful memories for Terry, Cathy, Debra, and their families over the years.  In 1995 Armond became ill and moved Gail back to Arnett, Oklahoma to be near Terry’s family.  The Lord took Armond home in 1996 and Gail honored his memory for the remainder of her years. For the next 20 plus years, Gail enjoyed her home in Arnett, Oklahoma.  She loved her daughters and their families immensely.  She worked, gardened, read, listened to music, baked lots of chocolate, and spent much time with family and friends.  She loved her puppies, checking the baby calves, and tending the horses.  For those she leaves behind, her life represents a legacy of love and unselfishness.  She will be missed beyond words. Gail was preceded in death by her sister Nola in 1986, her mother in 1987, daughter Debra in 1992 and her father in 1999. Gail is survived by her children, Terry Miller and husband Ted of Arnett, OK. and Cathy Gaines and husband Craig of Tulsa, OK.  Grandchildren, Jennifer Gantt, Julia Johnson, Jason Miller, and Carrie McEntire and Great Grandchildren Morgan Davis and husband Bradley, Madelyn Carroll, Kizer and Emry Johnson, Eli and Caydence Caviness.  Her brother Joe Helms and his wife Rella of Oklahoma City, OK. and countless other family and friends.

Services were held Wednesday March 16, 2022 at 2:00 pm at the Arnett First Christian Church with burial following at DeBolt Cemetery, Arnett, OK. Condolences may be made to the family at shawfuneralhome.net. Shaw Funeral Home of Arnett 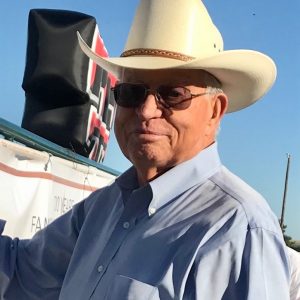 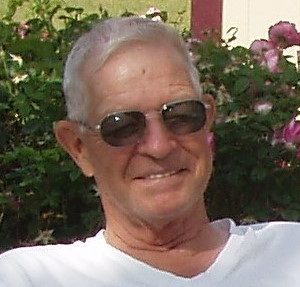